Fred (Pink) Martin
Please allow us to introduce Mr. Fred (Pink) Martin (call sign "Cobra"). Fred (1920-2016) was an L3 pilot with the 61st Battalion Field Artillery in the 1st Cavalry Division. Fred joined up as an air cadet in 1942, went initially to Glider pilot Training in Denton Texas. To quote Fed, “In my case I went through the Pre-Glider Training at Denton TX." (we have posted a photo of Pre-Glider trainees at Bowman Field Louisville, surrounded by L3s as well as L2s, L4s)..To continue from Fred. "We had 120 light aircraft consisting of L2s, L3s L4s and Porterfields. The program consisted of climbing to 6000 feet and then cutting the engine and stopping the prop, then gliding in a predetermined pattern to a landing..And then engine started to go again. We also had night flying"
Fred transferred to Liaison Pilot training and then to the 1st Cavalry division and artillery spotter flying with the 61st FA Battalion at Fort Bliss in Texas. (Many of the L3 pictures included are from this period).
The division went overseas to the Brisbane area of Australia in the summer of 1943 for rigorous training, including Fred, the other members of the 1st Cavalry Air Section and their L3s. Some of the pictures are from this period including one of the L3 accident that killed pilot Lt Winkelmeyer and the Division Artillery Commanding Officer, Col McNair. Fred and other members of the Air Cav were pall bearers.
In February 1944 the division launched the attack on the Admiralty Islands, starting with Los Negros (for further reading I would highly recommend "The Admiralties, Operations of the 1st Cavalry Division...or "Road to Tokyo. The 1st Cavalry Division in World War II). Some of the pictures here are of the L3s at Momote airstrip immediately after the savage fighting for the strip as well as L3s being inspected by General Chandler at the rest camp on the Island of Ndrillo in the Admiralties (now you know who that is in the pictures you may have seen on the web.) Fred advises that it was his L3 being inspected in a couple of the photos, one showing both him and the General. In fact, as Fred advises that just prior to the inspection one of the L3s had crashed into the water after a "prop break" on take off. Lt Stobie and his observer swam back to the shore. The L3 was mostly salvaged attached to two P38 wing tanks as floats and turned into a water taxi. It was also during this period when another pilot was lost. Benny Messana died when his L3 went down in the ocean (you will find pictures of him in this collection)
Fred advises that as the L3s wore out they were replaced by L4s and then L5s. Some of the pictures show Fred and these types during the Philippines campaign.
In the summer of 1945 Fred did some training with the famous LST 776 and the Brodie System (great pictures) in preparation for the invasion of Japan.
Fred ended the war as a Captain (there are a couple of photos of his dress uniforms as well as a replica, which we think may be of his). He went on to serve in the USAF Primary Pilot Training program as an instructor, flying T6s, T34s, and T37s as well as operating a flight school using L3s right after the war. This was followed by a career in the FAA as a jet specialist.
Fred was active with the 'Saber", the newsletter if the 1st Cavalry. If you google him you will find some of his L3 stories in past issues. As of writing Fred is one of only four surviving Air Cav members from WWII, one of which is Don McClintock who was with Fred from the very beginning.
All of the pictures, unless mentioned otherwise, are from the Fred Martin Collection. Please provide cedit if used.
This is the initial attempt, we will update and improve.
We would be remiss not to mention Fred's wife Gladys, in some of the picture and with him through out.
Thank you very much Fred (Pink) Martin for your permission to post a selection of your Photo collection and a hint of your time with 1st Cav and the L3. 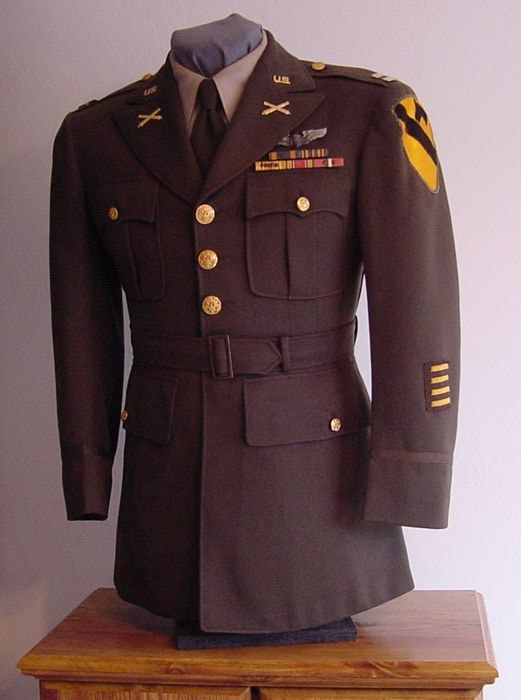 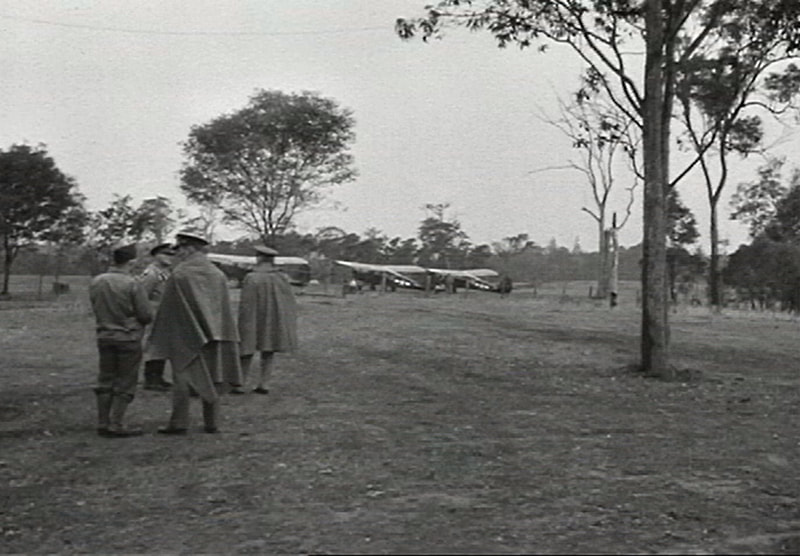 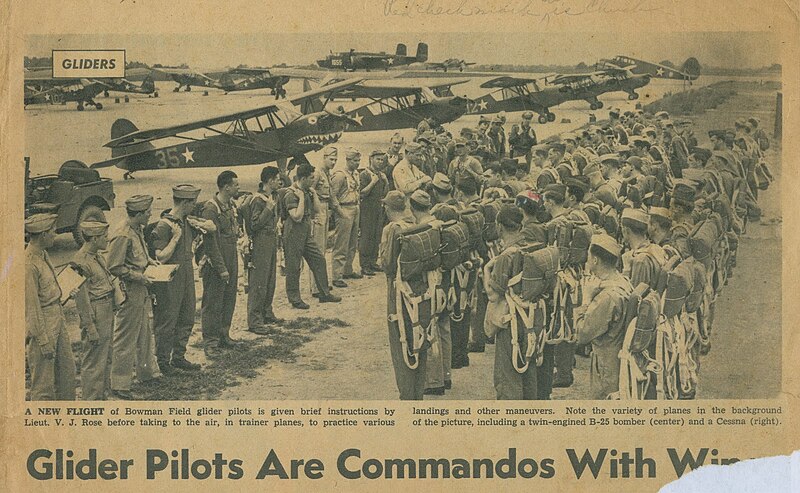 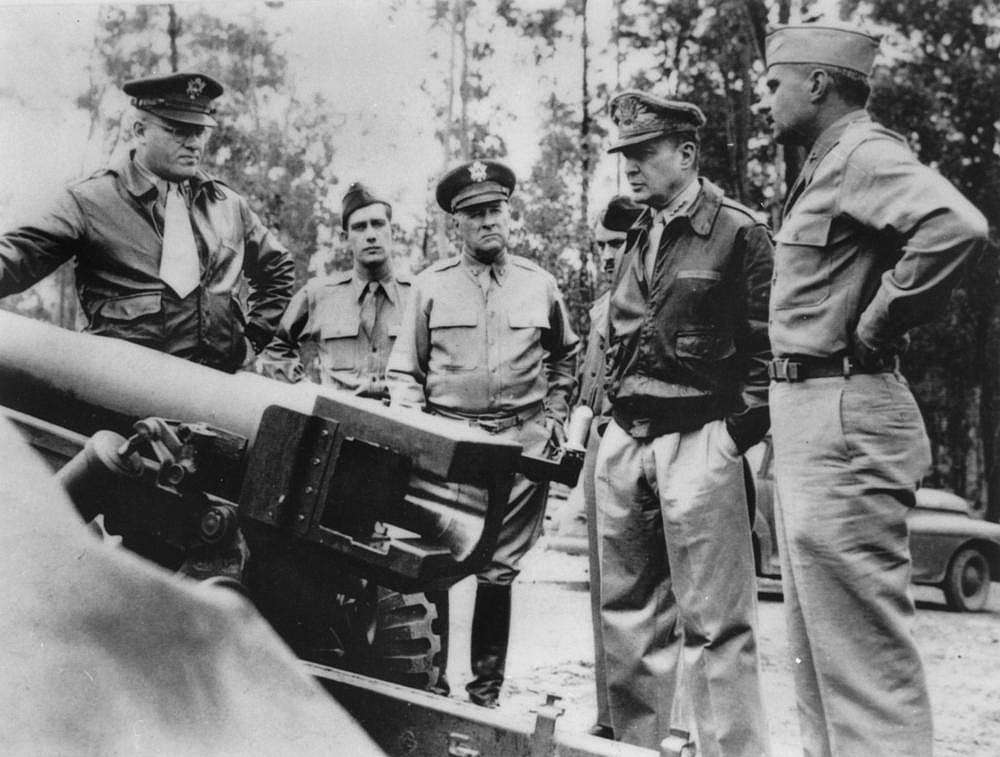 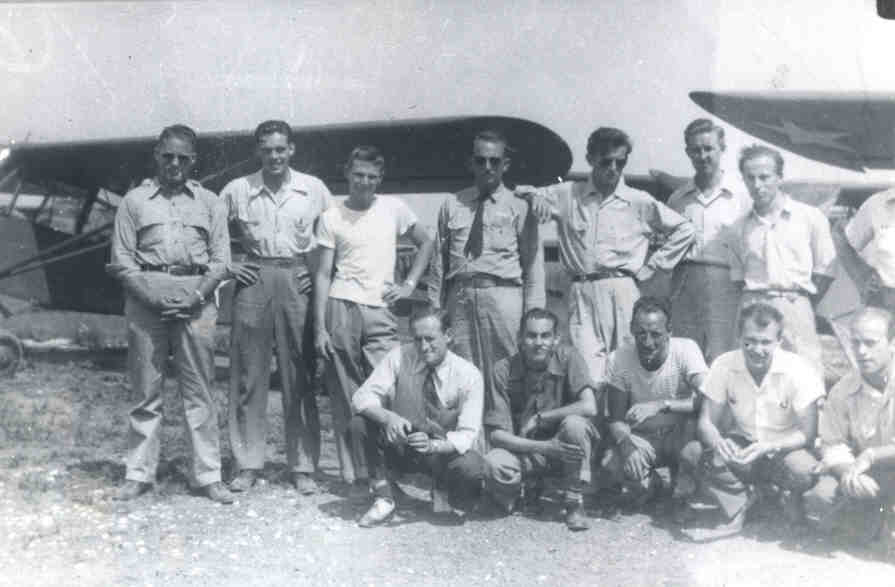 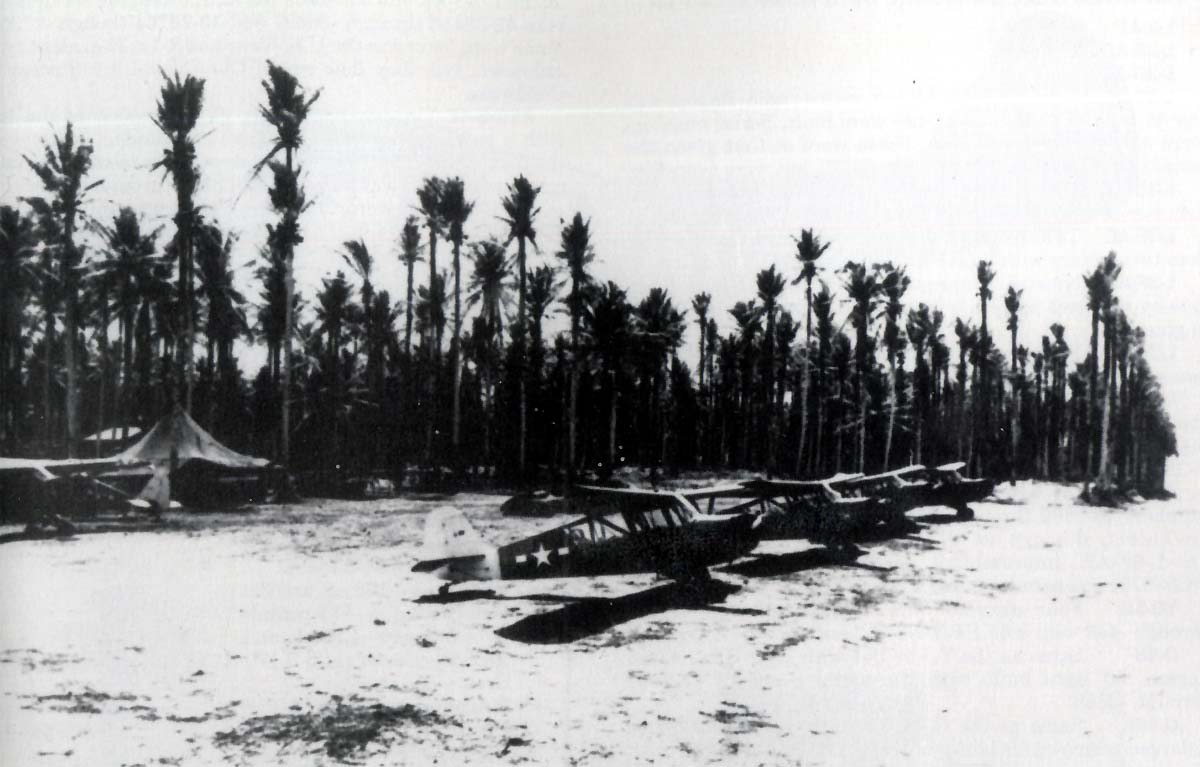 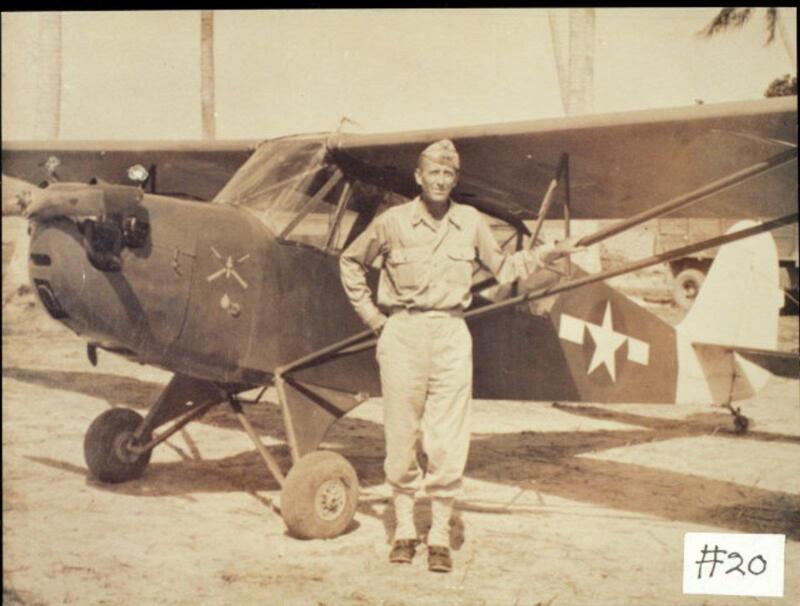 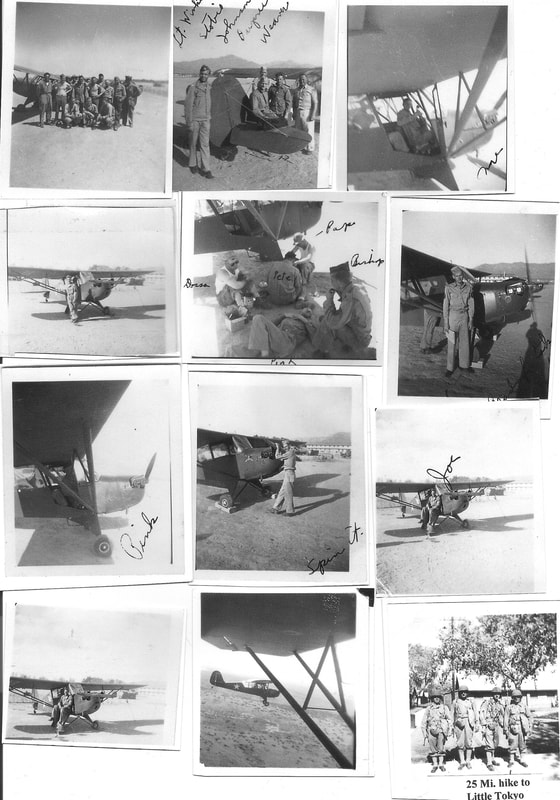 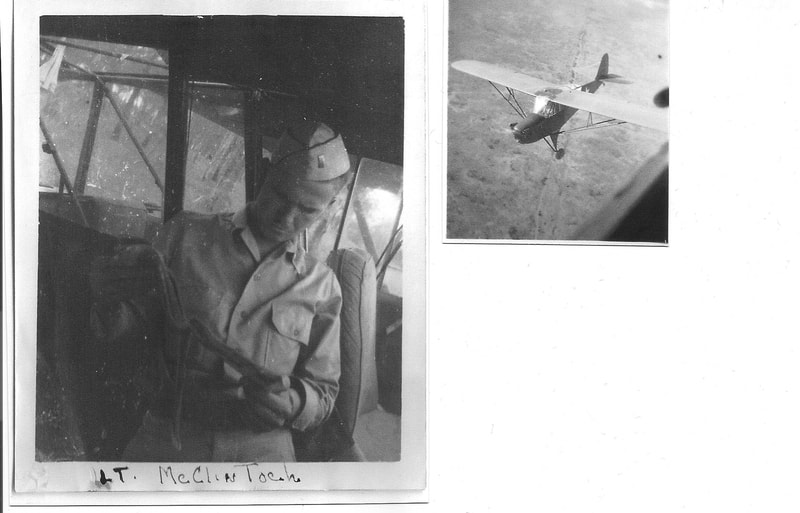 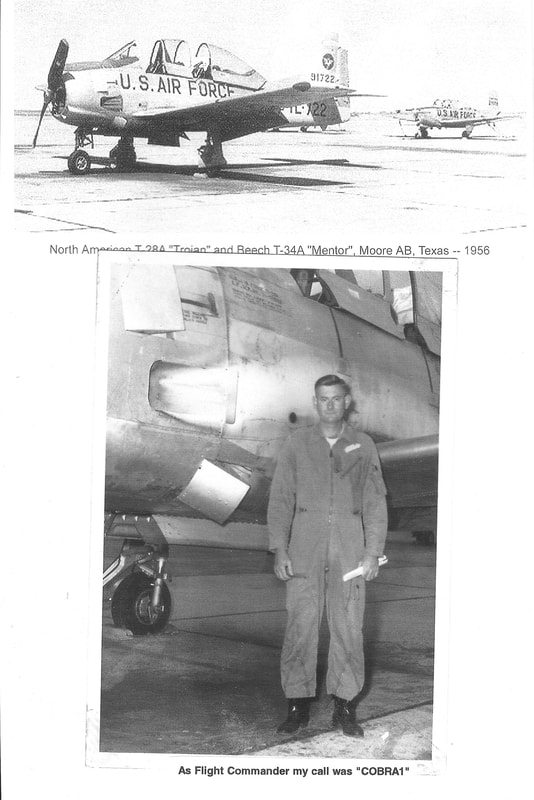 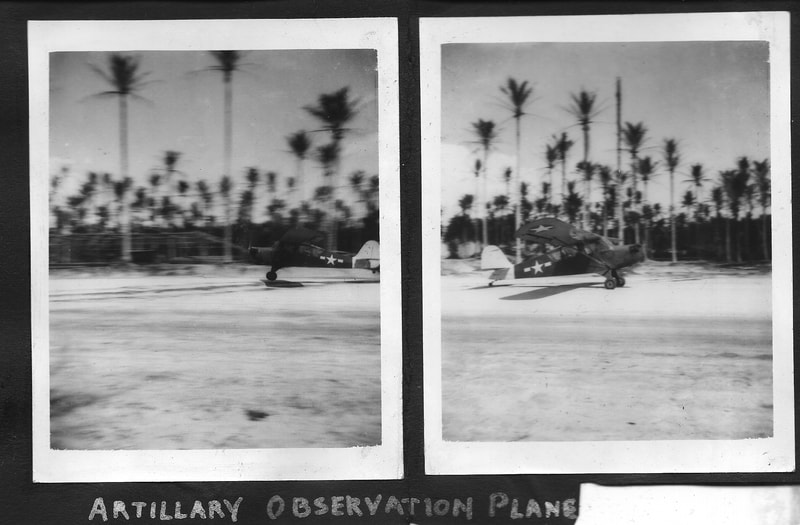 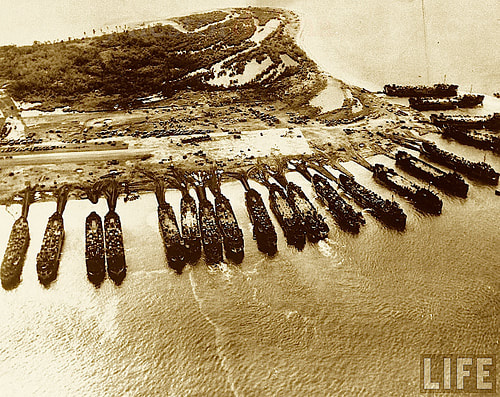